The rapid industrialization and development in the last few years has caused a lot of environmental pollution in India. Other causes of pollution in India are emissions from vehicles, use of hazardous insecticides for agriculture, destruction of forests, rampant burning of wood, and many more. All this has led to several diseases, health problems and a long-term livelihood impact. According to WHO data, an estimated 1.5 million people died in 2012 due to the ill effects of air pollution in 2012.To address this issue, the Indian government is taking several steps to make sure that the pollution is under control.

According to a WHO global urban air quality database, around 98% of cities across several countries do not meet the standards set by WHO air quality guidelines. To reduce the number of deaths and ill-health due to air pollution is a major target that needs to be achieved by all the nations. In 2015, the United Nation conference in Paris helped the governments recognize the need to curb emissions to reduce global warming. 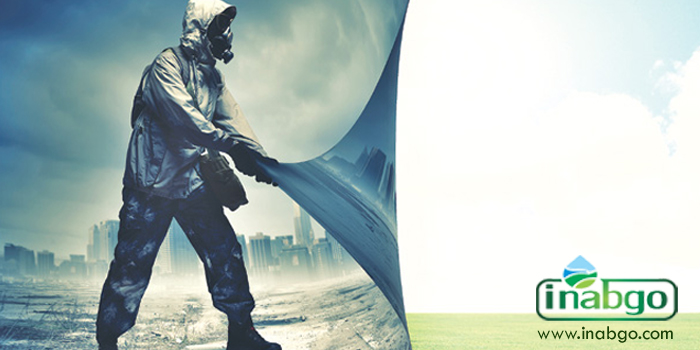 According to Dr. Randeep Guleria, head of department of Pulmonology and Sleep disorders at All India Institute of Medical Sciences in Delhi, acute effects of Air pollution can be seen in the elderly, young children and people suffering from obstructive pulmonary disease and heart disease. He also said that high levels of pollution can affect the capacity of the lungs and pre-disposes children to respiratory problems later in their life. Also, he added that chronic obstructive pulmonary disease can prevent normal breathing and eventually may become fatal.

In 2015, a Steering Committee on Air Pollution and Health Related issues, set up by India’s Federal Ministry of Health and Family Welfare, submitted a report to the government about the ill-effects of air pollution on health on the people of India. It also proposed measures that committee members argued that would improve the health of the people by reducing the pollutants in the air. The proposal included using of clean energy for cooking, reducing road traffic by increasing fuel taxes and parking fees, creating vehicle-free zones, levying congestion charges, having more cycle paths, etc.

K Srinath Reddy, who co-chaired the committee found the report to be important as it focused more on the health of the people instead of the environment.

Veerabhadran Ramanathan, professor of Atmospheric and Climate Sciences at Scripps Institution of Oceanography at University of California, San Diego feels that though there are feasible solutions to tackle air pollution problems, they are surrounded by myths.

In 2013, Ramanathan joined hands with Air Resources Board( the clean air agency in California) and the Energy and Resources Institute(Indian Research agency) to start the India-California Air Pollution Mitigation Program.

According to Ramanathan, there are three main solutions that can have maximum impact on the air pollution. One, existing cooking stoves need to be replaced with clean stoves, two, pollution from diesel vehicles should be reduced and three, open burning of fossil fuels and biomass should be avoided. In addition to this, liquid petroleum gas and electricity, along with ethanol and bio gas should be utilized as energy alternatives. Ramanathan also feels that India could cut the air pollution by one-third overnight by giving villagers access to clean cooking stoves.

To improve this situation, the Indian government recently took some steps to committing 50% reduction in household using solid fuel for cooking. The government also removed subsidies for polluting cooking gas in order to enable people get better access to clean fuel for household cooking.

Another major step taken by the Indian government towards reducing emission from vehicles is introduction of BS IV norms. The BS norms are emission standards that help regulate the emissions and air pollutants from the internal combustion unit of vehicle engines.

The BS IV emission norms were first placed in April 2010 in 13 major cities across India and in April 2017 it has been enforced for the entire nation. Keeping in mind the public health, the Supreme Court has decided not to extend the deadline and enforce the rule from 2017 itself. Taking a step further, the government also announced that India would skip BS-V norms and enforce BS-VI norms by 2020. It is estimated that the air pollution from BS-IV compliant vehicles will be half when compared to that of BS III compliant vehicles.

What can be done to deal with BS-IV norms?
Firstly, the vehicles will have to fit an additional tank that will run on the SCR technology.
Selective Catalytic Reduction or SCR is one of the most fuel efficient and cost effective technologies that help reduce emissions from diesel engines. It is a reliable technology and has been used for decades to reduce emissions. It is more of an after-treatment technology that helps reduce the emissions of toxic pollutants into the atmosphere.

The technology enables Nitrogen Oxide (NOx) reactions to occur in the atmosphere in an oxidizing environment. It is known as “Selective” as it uses Ammonia as a reductant within a catalyst system and helps reduce the NOx levels. Normally, the reductant used is an automotive-grade urea or Adblue. The Adblue is injected into the exhaust stream of the diesel engine through a special catalyst. This Adblue sets off a chemical reaction which converts Nitrogen Oxide into harmless nitrogen and water and small amounts of carbon dioxide and expels it into the air through the exhaust pipe. It is believed that SCR technology alone can bring about up to 90% reduction in NOx. SCR technology can be used in diesel vehicles, gas turbines, ships and automobiles.

Owing to its environmental and economical benefits, SCR technology is being recognized as one of the best emission control technology that is able to meet the US EPA 2010 diesel emission standards for heavy-duty vehicles. It is also recognized for tier 4 emissions standards for off-road equipment engines. SCR technology systems are also steadily being used in diesel passenger vehicles. In fact more and more vehicles across the world are now fitted with a SCR system in the exhaust.

What is Adblue and where can it be purchased from?

AdBlue is non-toxic, non explosive and is less harmful to the environment. It is a clear solution of 32.5% high purity urea in purified water. It is neither a fuel additive nor a fuel and it needs to be added in a dedicated tank in your vehicle. It converts the harmful Nitrogen Oxide from the exhaust of diesel vehicles into nitrogen and steam. This helps to reduce Nitrogen Oxide emissions which are a source of air pollution and leads to smog in cities. A study by the World Health Organization(WHO) reveals that NOx emissions aggravate symptoms of Asthma.

The best part is, you can use the same type of AdBlue in your vehicle and replenish it like the way you re-fuel your vehicle irrespective of the type of vehicle you own. You can just wash your hands with water in case AdBlue spills on your hands. The average consumption of AdBlue is approximately 5% of diesel use, which means you will need about 5 liters of AdBlue for every 100 liters of diesel. Also, you can easily purchase it from several AdBlue suppliers in India.

When AdBlue is combined with SCR technology, it provides you with a more fuel efficient solution along with reduced CO2 emissions compared to other competitive solutions.

How is AdBlue prepared?

Read the full article on: http://www.inabgo.com/

AdBlue is made of high quality urea solution. Synthesis of ammonia and Carbon Dioxide produces urea. Few products such as shampoos, glues and cosmetics make use of technical urea. The urea used in AdBlue is of different quality than that of the ones used in fertilizers.

The urea solution is diluted using de-mineralized water. The water used is of specific quality and purity to ensure that AdBlue is devoid of any contamination.This is a vital aspect as it can be the greatest threat to the catalyst as well as your vehicle and therefore it is important that you purchase it from reputed Adblue supplier in India and meets the global ISO specification.

It is recommended that you buy high quality AdBlue as SCR systems with which it is used are sensitive to chemical impurities that may contaminate the urea solution. A small amount of impurity can damage the performance of the SCR catalyst. Thus, good quality AdBlue from a reputed supplier will help avoid the high cost of having to replace a damaged catalyst.

It is to be noted that AdBlue should not be prepared at home as it is a high purity chemical solution that adheres to strict specifications. Also, AdBlue is distributed through a secure supply chain. Therefore, preparing AdBlue using urea solution from fertilizer grade urea or any other method is strictly unadvisable.

How to store and handle AdBlue?

Firstly, ensure that AdBlue is transported or stored according to the guidelines specified by CEFIC. Also, when storing at a home depot, make sure that AdBlue is not decanted from bulk containers into smaller canisters as this could contaminate it and cause irreversible damage to the SCR catalyst. It is to be noted that if the damage is a resulted due to mishandling of AdBlue then the vehicle’s warranty may be invalid.

AdBlue is also sensitive to extreme temperatures and the solution may freeze at temperatures below -11 degrees. On the other hand, the urea content may decrease if AdBlue is stored at temperatures above 30 degrees. However, AdBlue is not harmed by freezing and will retain its quality and concentration upon thawing. In places that experience high temperatures ( above 300C), it is important to store AdBlue away from sunlight.

Which company vehicles are SCR compliant?

Tackling air pollution woes is the need of the hour and all the above mentioned proposals need to be considered by the government and enforce them strictly in order to achieve the results. Strict laws, strict punishment and proper coordination from all the states of India will help achieve the results faster. Cleaner air will also result in better health conditions of people which will in turn improve the economy of the nation. Let us all join hands in fighting this battle and ensure better quality of air for our future generations.